The were just over 1 million used car transactions during April, May and June, 48.9% down on the 2 million-plus used cars sold during the same quarter in 2019.

The new data released today (Tuesday, August 11), by the Society of Motor Manufacturers and Traders (SMMT), shows that the decline followed a bumper January and February.

The pace of decline eased as the quarter progressed, from a peak year-on-year loss of 74.2% in April to 17.5% in June.

In fact, due to that strong start to 2020 and the increasing demand seen as lockdown has been eased, in the first six months of 2020, used car transactions were only down by 28.7% overall, with 2.89 million units changing hands.

The second quarter represented more than 85% of the 1.16 million lost sales so far this year.

SMMT says that it is unclear how long it will take for the market to recover given economic uncertainties and a need for greater activity in the new market to drive fresh stock.

SMMMT chief executive, Mike Hawes, explained: “As the UK starts to get back on the move again and dealerships continue to re-open, we expect to see more activity return to the market, particularly as many people see cars as a safe and reliable way to travel during the pandemic.”

However, he said: “If we’re to re-energise sales and the fleet renewal needed to drive environmental gains, support will be needed for the broader economy in order to bolster business and consumer confidence.” 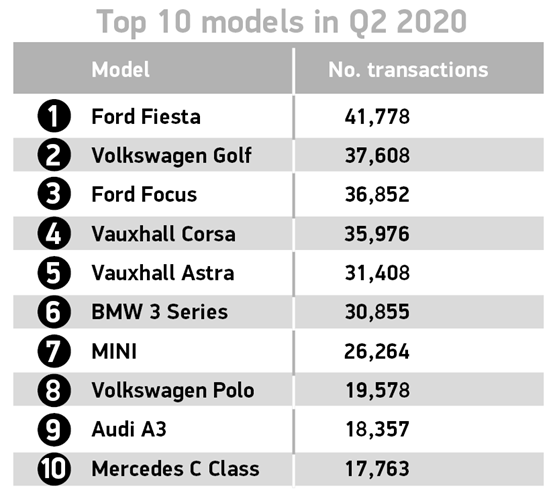 Demand for used battery electric vehicles (BEVs) grew by 44.8% in the first quarter of 2020, but declined in the second quarter, falling by 29.7% to 2,288 units, although their market share remained stable at 0.2%.

Driving holidays: Car crash insurance claims could ‘spike’ as trips are expected to