Volkswagen Passat To Be Discontinued After 2023


Sedans simply aren’t as popular as they once were, making them the obvious choices to be discontinued to make room for new models. That’s exactly what’s happening with the Volkswagen Passat, as a report from Wards Auto claims the automaker will end production of the midsize sedan after 2023. Instead of taking up valuable space to manufacture that Passat, VW will focus on making the ID.4 electric vehicle, as well as the Atlas and Atlas Cross Sport.

All of the vehicles are manufactured at Volkswagen’s plant in Chattanooga, TN, except for the ID.4. That vehicle will launch in 2022 and isn’t expected to reach full capacity until 2023. That’s when the Passat will officially be discontinued. Until the ID.4 goes into production at the Chattanooga factory, VW will import the electric vehicle from the automaker’s Zwickau facility in Germany, claims the outlet.

In addition to discontinuing the Passat to free up capacity, Volkswagen will invest roughly $800 million to get the Chattanooga plant ready to manufacture the ID.4. “We’ve made a decision to cancel the Passat for the U.S. The sales trend is very firmly in favor of SUV models, as indicated by the success of the (Chattanooga-built) Atlas,” VW CEO Ralf Brandstätter told Wards Auto. 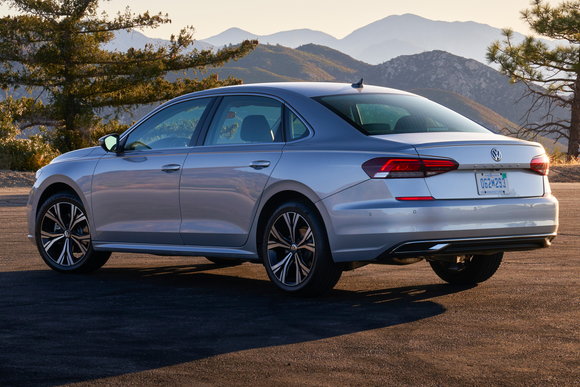 While the Passat will meet its end in the U.S. in 2023, Volkswagen will introduce a new ninth-gen model for other markets. That model is expected to be introduced in 2023. So, we can chalk up the Passat’s death to consumer interest in SUVs.

Read more: Volkswagen Passat To Be Discontinued After 2023

Toyota Motor Manufacturing Turkey, ‘the giant manufacturer of the Year’…

Could the 2030 ban on new petrol and diesel cars kill off the British car industry?

38 executives to report directly to Tavares at Stellantis

Explainer: What the Brexit deal means for car manufacturers